Hosted by: The New York University Journal of Legislation and Public Policy and the Brennan Center for Justice

The Journal of Legislation and Public Policy partnered with the
Brennan Center for Justice to host a Symposium on Monday, February 13, 2017 at
the NYU School of Law. The Symposium was entitled “The Future of Miranda:
Police Practices and Power in the Modern Legal Landscape.” The Symposium
proceeded from the Supreme Court’s decision in Miranda v. Arizona, which
fundamentally altered law enforcement procedure in the United States. Through
three separate panels, this Symposium explored the ways in which Miranda and related law-enforcement issues have evolved in the 50 years since the decision was issued.

More information, including details on the Symposium schedule, subject matter, and speakers, can be found here: 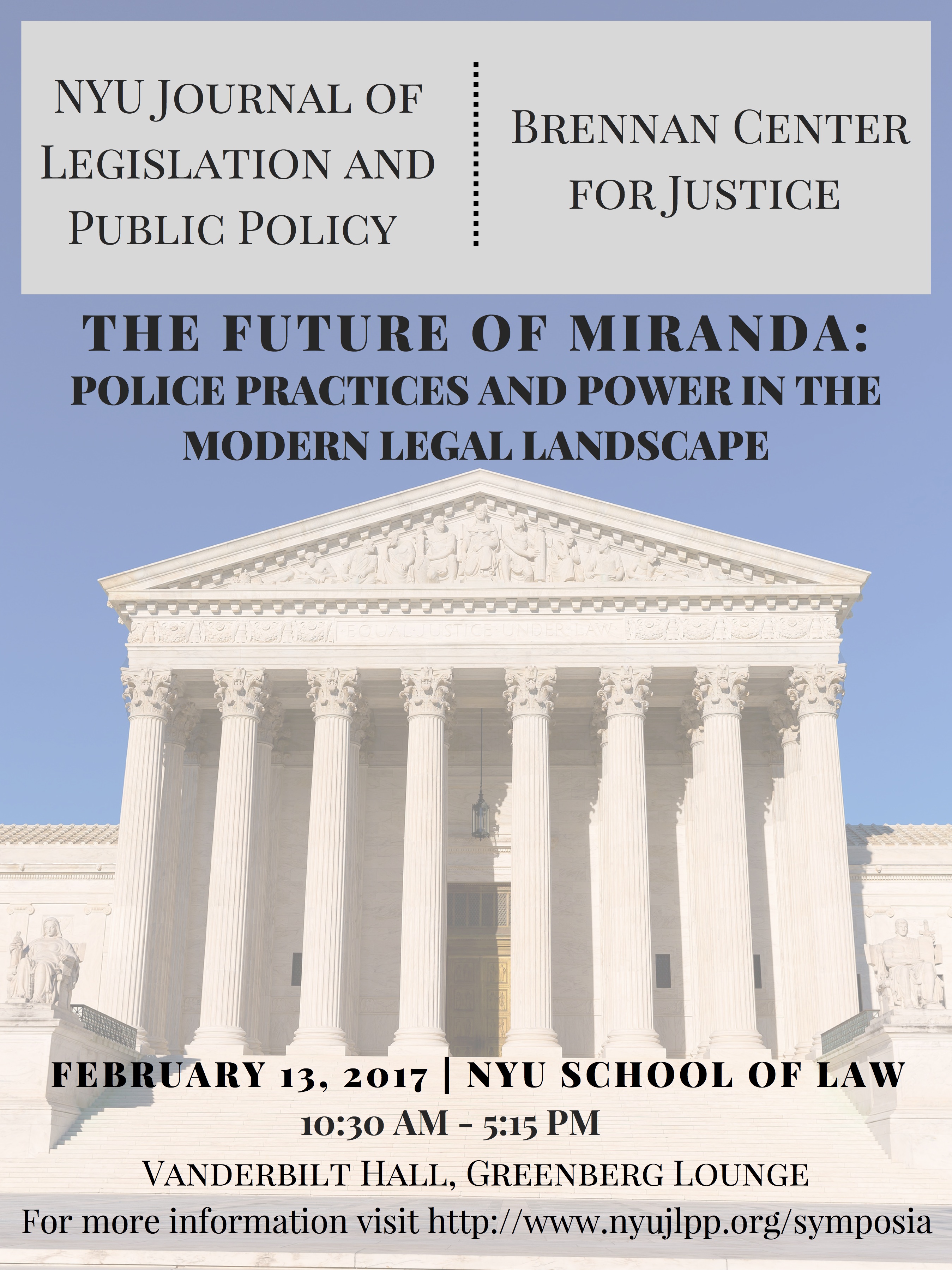