The 2009 Supreme Court decision in Caperton v. A. T. Massey Coal Co. held that a litigant’s due process rights can be violated when an elected judge refuses recusal in a case in which that judge received significant campaign support from a litigant. The majority emphasized that Caperton was an extreme case, urging states to adopt recusal rules more stringent than the minimum necessary to protect due process. The dissent warned that “the cure was worse than the disease,” predicting a flood of recusal motions would swamp state courts following the decision.

The Symposium looked at the state of affairs five years after Caperton, examined the effects of Caperton in the courtroom, evaluated the state of judicial recusal reform, and discussed the issue of judicial partiality and recusal beyond the context of campaign spending. The Symposium consisted of three panels focusing on different areas of the Caperton decision and issues of bias and recusal and a lunch roundtable during which several judges discussed judicial perspectives on those issues.

Panel 2 was moderated by Charles Geyh, reporter to the ABA Commission to Evaluate the Model Code of Judicial Conduct, and included panelists Robert Peck, president of the Center for Constitutional Litigation, Myles Lynk, the incoming chairman of ABA Standing Committee on Ethics and Professional Responsibility, and the Honorable Toni Clarke, Associate Judge for the Seventh Judicial Circuit, Circuit Court for Prince George’s County, Maryland. 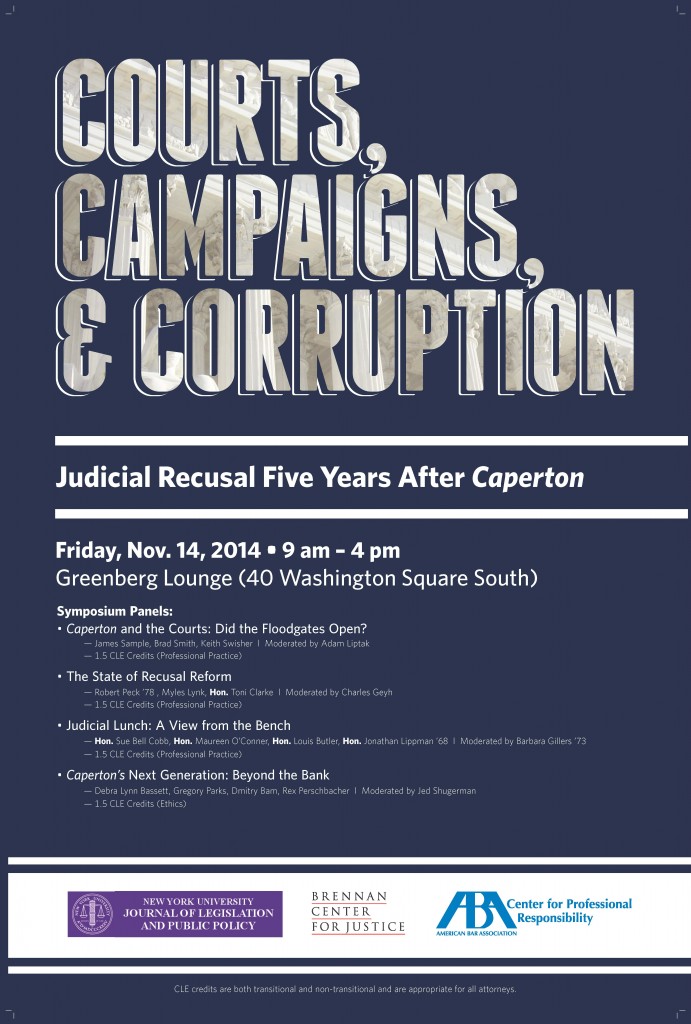